The ButcherBox Guide to Bacon

Few foods inspire as much admiration as bacon. Whether for breakfast, lunch, dinner, a snack, or even dessert, bacon inspires love, devotion, and, most importantly, our taste buds and culinary creativity.

Bacon has exploded in popularity over the years with bacon food trucks, bacon festivals, bacon clothing, and countless other bacon-related activities and products trying to satiate the seeming endless widespread yearning for all things bacon.

We love bacon here at ButcherBox, and our members seem to love it as well. One of our most popular products, ButcherBox bacon is sourced from heritage-breed pigs. It is also uncured and free of nitrates and added sugar.

So let’s dig into as much as we possibly can about everyone’s favorite pork treat. In this guide, we’ll break down:

Everything You Want to Know About Bacon

There is a rich history of bacon as a popular food that goes back millennia. There is also a lot to learn about how bacon differs from other related products and how it is used differently around the world.

A Bit of Bacon History

According to the dictionary, bacon is  officially described as “a side of a pig cured and smoked.” A staple of American food traditions for centuries, this distinctive and savory meat also has had a long history in the cooking cultures of many global cuisines going further back in time.

Here is a quick timeline of how long bacon has appealed to the palates of humans over the years:

For a bit more on the history of bacon, check out our deeper dive, “For the Love of Bacon: History, Facts, and More.” There is no universal form of bacon, believe it or not. The bacon we often associate with a plate of sunny-side-up eggs and a few pieces of buttered toast is not necessarily the same product you’ll find if you travel the world in search of the savory dish.

For one, there has long been confusion over the differences between bacon and pork belly. Both cuts of pork are sourced from the pig’s fatty abdominal region, but they are not quite one and the same.

Beyond the distinction between bacon and pork belly, there are also quite different takes on bacon depending on where you are in the world.

A few types you can find in “All the Different Types of Bacon – From Canadian Bacon to Coconut Bacon,”  include:

The Basics of Cooking Bacon

You can cook bacon in a pan on the stovetop, in the oven, or in a skillet. If you’re feeling adventurous or in need of a quick slice of bacon, we also have some tips for cooking bacon both on the grill and in the microwave. For details on all these, we recommend “The Different Ways to Cook Bacon.” Cooking Bacon in the Oven

The easy way to get crispy bacon every time is to cook in the oven. It is such an easy method, oven-cooking bacon is considered a major kitchen hack. Here is how we cook bacon in the oven:

Some of our Favorite Bacon Recipes

We firmly believe that bacon can be enjoyed at every meal. Our favorite way to incorporate bacon is by wrapping other cuts of meat in sweet and salty pork. As always, be warned: Adding bacon to anything makes it one-hundred times better.

Here are our favorite ways to incorporate bacon into our main courses:

There are numerous other ways to incorporate bacon into a main dish. For example, we’ve collected some of our favorite keto-friendly bacon recipes in one place for you to try. We also have some amazing recipes to combine bacon and ground beef.

One of the most popular recipes we’ve created at ButcherBox is also bacon-centric: Our ButcherBox Bacon Burger.

We also love to use bacon in side dishes and appetizers. We even like to add it to our cocktails from time to time. Try some of these unique bacon dishes:

Although it seems like we’ve exhausted all there is to say about bacon, there is still more to vital information to share.

For example, did you know you can make a bacon jam?

Here is our quick and easy recipe for bacon jam that you can use in a number of unique ways: 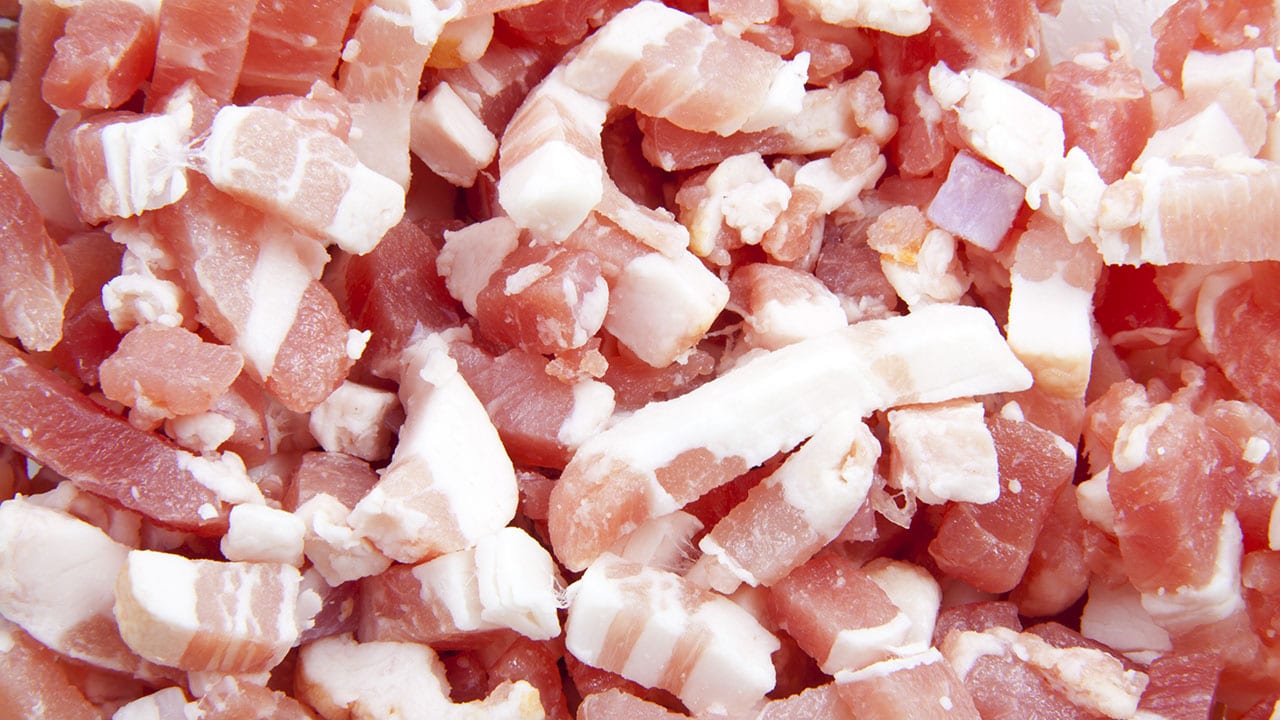 ButcherBox bacon comes frozen. You can easily defrost it in your refrigerator if you have some time, or try any of your favorite defrosting methods.

If you have bacon that is defrosted or cooked, you can also freeze it a few different ways: