For the Love of Bacon: History, Facts, and More

Bacon has graced breakfast menus for decades. It’s added a new level of savory smokiness to sandwiches. It’s been crumbled into bits and sprinkled on salads. It’s even got its own religious following.

This cured pork product has been part of the fabric of American culture and diet for what seems like forever—but how did it become so revered? What made it a staple for morning meals? Why is it a standout snack, and even the star of sweets? Read on to learn more about what makes bacon sizzle.

What Exactly Is Bacon?

The official definition of “bacon” is “a side of a pig cured and smoked.” (According to Merriam-Webster)

The history of bacon can be better understood by exploring the history of the word itself. “Bacon” comes from the same proto-Germanic linguistic roots as the English word “back.”

The word “bacoun” started being used in the English language at some point during the twelfth century. At that time, “bacoun” meant all types of pork. Throughout the next 100 years or so, its definition narrowed to include only the strips of salty cured meat we’re familiar with today. 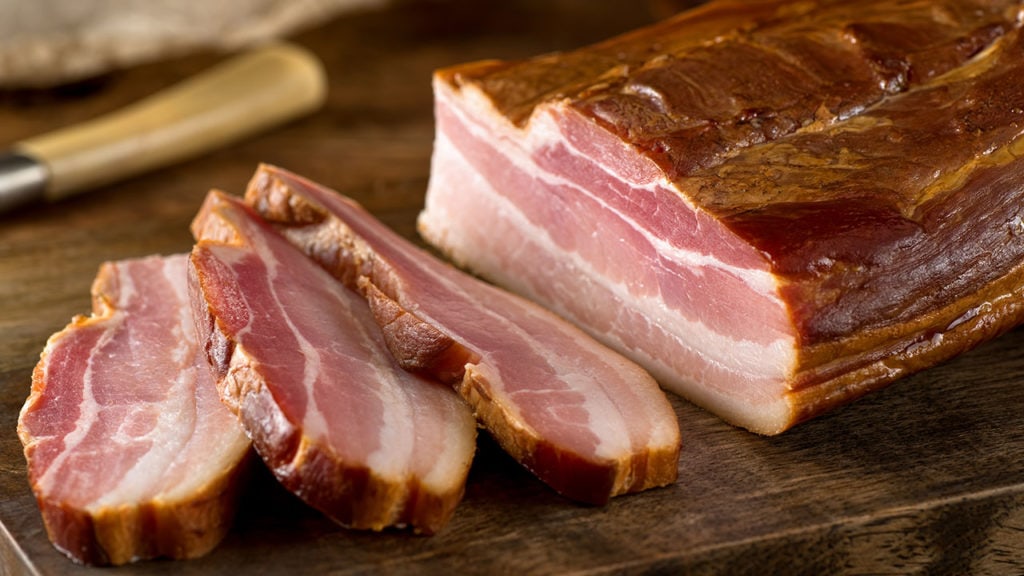 Humankind’s love affair with bacon can be traced back to 1500 BCE, if not before. This is when the Chinese began to salt and cure pork belly. Like nearly all trends in the world, this salting and curing process traveled. It eventually gained popularity in other parts of the world, evolving as it was incorporated into different cultures.

The Greeks and Romans ate bacon, and, as time progressed, this perfect pork product was enjoyed in England, France, Germany, and, eventually, the United States.

Bacon traveled well and became a source of protein for the masses, due in part to the fact that its curing process meant no refrigeration was needed.

Becoming Bacon as We Know It

The first bacon curing facility was located in Wiltshire, England. Here, founder John Harris used a technique now known as the Wiltshire cure. It involves a special brine that creates low-salt bacon with a sweet, delicious flavor, and it still exists today. And the curing process isn’t the only influence the English had on bacon. Throughout the years, they identified and bred specific types of pigs to create the best bacon.

All the while, bacon was slowly but surely emerging in other places around the globe. It reached the present-day United States in the mid-1500s when Hernando de Soto of Spain brought thirteen domesticated pigs on his voyage to the North American continent. In three short years, the pig population jumped to nearly 700.

The bacon we’re used to eating in the U.S. is quite different than the salt-cured pork belly that originated in China. The type of sliced, packaged bacon most people have on hand in their fridge was patented in 1924 by none other than Oscar Mayer.

One could say the rest is history, but there have been some important bacon milestones over the past 100 years or so in the U.S., including: There are several types of bacon that vary in flavor, fat content, and more. Let’s explore the world of bacon and get a better understanding of where the different types come from and how they’re best used. Take a look: 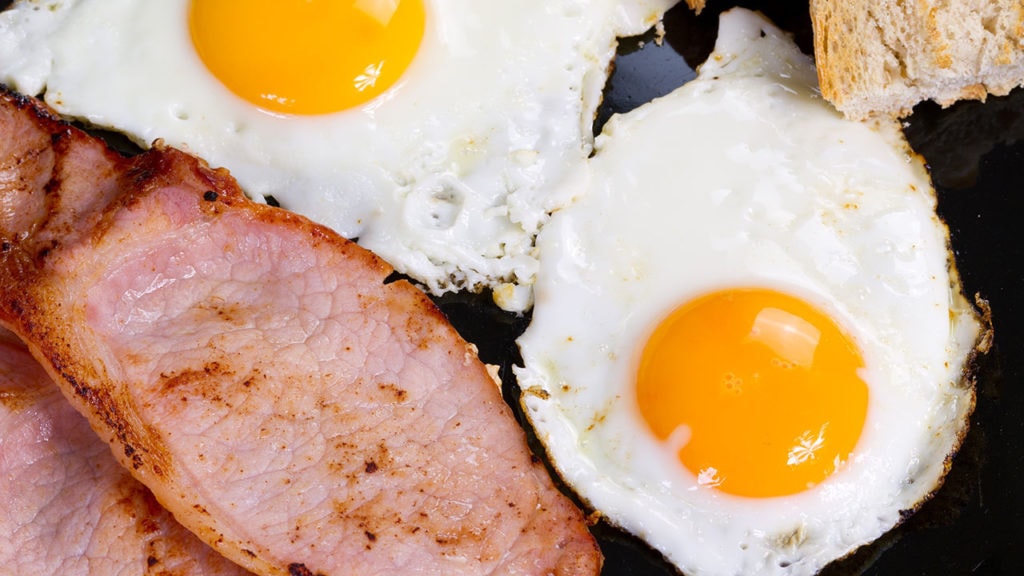 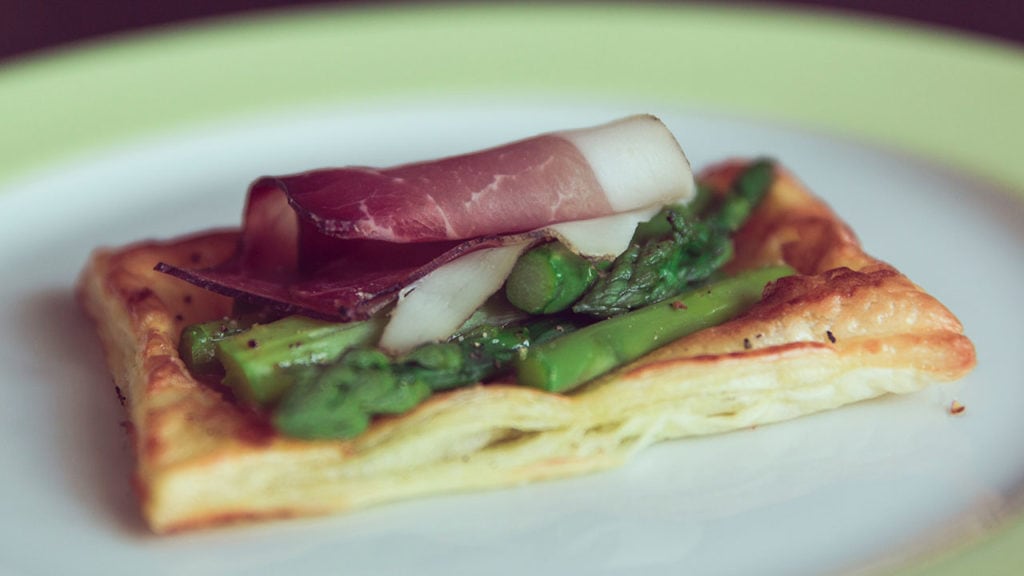 Pancetta via Markus Spiske on Unsplash.

While it’s eaten at all times of day—and night—70% of all bacon in the U.S. is eaten at breakfast. Further, 71% of the time bacon and eggs are eaten together.

Thinking past the morning meal, 11% of bacon is eaten for lunch, and just 2% is eaten as a snack. All in all, Americans eat nearly 18 pounds of bacon per person, per year. That’s a lot of pork!

When it comes to bacon’s place in the American diet, some would say it’s reached a peak. While the novelty of bacon-flavored items such as salt, mayonnaise, and even lip gloss, might be wearing off, our love of bacon is here to stay. Danielle Sirk is the Senior Copywriter at ButcherBox with a background in storytelling and food marketing. She believes in the power of meal prepping, poetry, running, and the great outdoors.