If you’re looking for a breakfast protein to round out a healthy diet, there are some on this list that fit the bill. If you want to indulge, there are those too. Cured, smoked, aged, and brined are characteristics of a lot of the best breakfast meats. But there are others that you can find fresh at your local butcher or grocery store.

All of us have our go-to breakfast menu. But what about adding a new protein to your morning routine? By the end of our list, you’re sure to have a few new breakfast types of meat you’ll want to try.

One of the best breakfast meats for serving on biscuits or with a red-eye gravy recipe is country ham. It typically comes from the southern states of the U.S.

“City” hams (think about your typical holiday spiral ham) are wet cured, whereas country hams are typically dry or salt-cured. This makes a big difference when it comes to the final flavor.

According to the USDA, to be considered a country ham, a ham must have lost 18% of its green weight (the weight of the fresh meat before any seasonings or solutions are added) and must have gained 4% of salt. And country ham is notoriously salty! Similar to prosciutto but sliced thicker, this breakfast meat is one to add to your list to try.

Sausage is one of the most popular and best breakfast meat choices because of its versatility. You can find nearly any protein type in sausage form–from turkey to chicken to traditional pork sausage.

The only difference between the ground sausage version of a protein (example: ground turkey sausage) and the plain ground meat (example: ground turkey) is the addition of seasonings. This makes sausage one of the easiest and best breakfast meats for meat processors to produce and readily available for consumers.

In addition to just ground sausage, you can buy sausage at the grocery store in prepared patties and links. Depending on your meat choice, sausage is one of the most common breakfast proteins and can be prepared in advance for a week’s worth of breakfasts.

Livermush is a Southern American favorite, found mostly in the Carolinas, and is a classic accompaniment to grits and eggs. This is one of the best breakfast meats for the slightly more adventurous eater. Livermush has a softer and richer texture than sausage. It’s often served in rectangular pieces after being cut from a block.

The name liver may instantly raise the hair on the back of your neck, but don’t be scared away. Livermush is a prepared pork liver product with added spices and cornmeal. It is typically sliced to a ¼-½ inch thickness and cooked until the outside is crispy.

It’s taste? We think it has a distinctly mild flavor considering how strong most liver products can taste. Some brands of livermush are more seasoned than others, often with pepper and sage, but to understand why it’s one of the best breakfast meats, you’ll have to try it for yourself.

Read more about “How to Cook Livermush” in a skillet.

Similar to sausage, lots of different types of meat can be made into bacon. You can even find vegan bacon on the shelves for a non-meat option. That clearly makes the case this is one of the most popular and best breakfast meats.

Coming from the fatter belly meat of the hog, bacon usually comes in strips 1-2 inches wide and a variety of thicknesses. In general, the cut of bacon is easy to cook—even the thickest cuts of bacon still cook quickly in a skillet or on a baking tray in the oven.

Another great thing about bacon is the sliding scale of acceptable doneness. You can cook it extra crispy or still flexible and fatty. As long as you reach the proper cooking temperature of 145-degrees Fahrenheit, you can make it however you like. It boils down to your preference for this classic breakfast protein, which is often served by the plate full at diners and breakfast joints. Corned beef is essentially salt-cured beef brisket. Brisket is a prime cut, and to make sure it got used in its entirety, corned beef was a dish that originated as a solution to preserving it longer.

Cured in salt brine with added spices, corned beef is often chopped up and added to a mix of potatoes, onions, eggs, and other ingredients to make the popular “corned beef hash.” Try this corned beef hash recipe that keeps it simple with corned beef, potatoes, and parsley.

Scrapple is similar to livermush, but it doesn’t usually contain liver. Scrapple is a breakfast staple in many areas of the United States as a way to use up excess pork parts after processing a hog. The taste usually falls somewhere between livermush and sausage, depending on what seasonings were added.

Also depending on how it is prepared, which can vary, it can take the form of a meatloaf that can then be sliced and cooked. While other times, it is prepared in more of a choppy, hash consistency. Either way, it can be cooked crispy and served alongside your other breakfast favorites.

Canadian bacon or “back bacon” comes from the pork loin. It usually comes in round slices, and it can easily be chopped smaller and added to omelets or other breakfast recipes. Or you can cook thicker slices and serve whole. Either way, this is one of the best breakfast meats for its rich flavor.

It tastes similar to ham and is typically cured and smoked. Canadian bacon is often used in eggs Benedict—a delicious breakfast dish that tops an English muffin with a slice of Canadian bacon, a poached egg, and hollandaise sauce. Try this eggs Benedict recipe if you’ve never made it before. 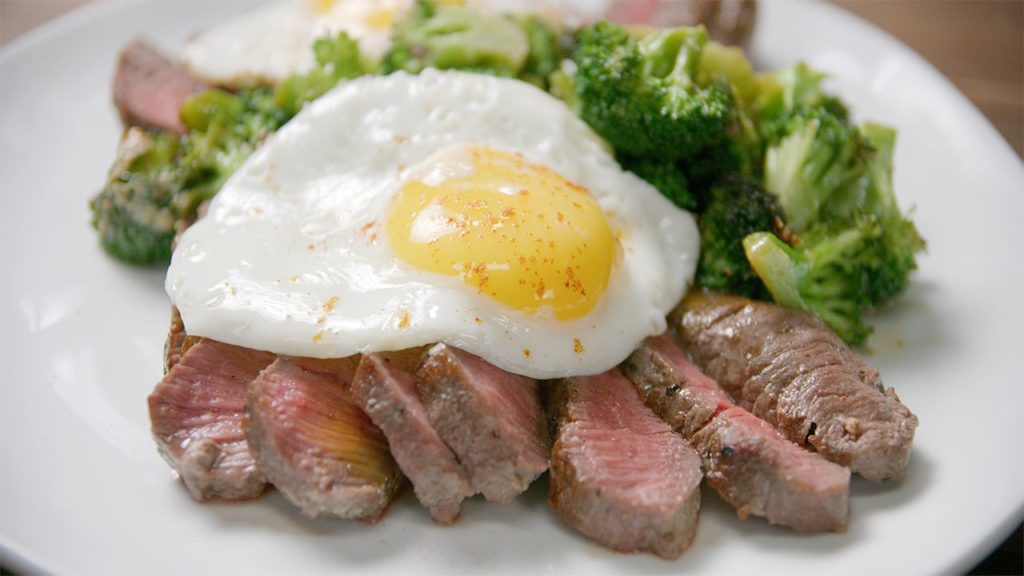 Steak and eggs. What’s not to love? Beefsteak may not seem like your typical breakfast meat, but it’s one of the easiest to prepare. And a great way to start your day off with a high-quality protein choice. Plus, the combination of steak with eggs ends up being a protein power plate for your morning, full of vitamins and minerals.

One of the few types of meat on our list that’s not cured, brined, or smoked, you can choose a lean cut of steak to grill the night before or throw in a skillet next to your eggs. A lot of recipes call for a ribeye or a New York strip as the type of steak for steak and eggs. But there are no formal rules. Season and cook to your liking! Try this best steak and eggs recipe served with roasted potatoes.

Lox is a brined or salt-cured fillet of salmon. Lox comes from the fattier and Omega-rich belly meat of the fish, and it’s not smoked. This puts it in a different category from the smoked salmon you’ll find in the seafood department of the grocery store. Lox is also not raw, although it has a raw appearance. It’s delightfully salty and rich in flavor.

You’ve probably heard of cream cheese and lox as a bagel topping. It’s typically served with capers, tomato, onions, and plain cream cheese. Lox tops the charts as one of the best breakfast meats for a healthier protein and is a breakfast staple for many people looking for fresh but flavorful breakfast meat. Looking for more best breakfast meat recipes? Check these out!

For more recipes and cooking guides, check out ButcherBox’s JustCook. 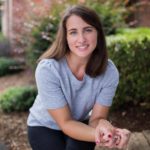 Olivia is a Charlotte-based writer and content strategist. Olivia has over 6 years of experience freelance writing for many different companies and publications focused on retail and consumer goods & services. When she's not writing, she can be found in her garden, growing her own food and flowers.