Summer in New England would not be complete without lobster rolls. Today, you can find lobster rolls anywhere from fine restaurants to curbside food trucks, but this top-tier crustacean hasn’t always been so prevalent, or popular.

And while we often think of Maine as the birthplace of everything having to do with lobster, that isn’t the case. Here, we’ll give you the backstory of lobster as well as break down the differences between the Maine lobster roll and the Connecticut lobster roll. You’ll also find a few tasty lobster recipes worth trying this summer, whether you choose to make it with or without the roll.

Lobster wasn’t always viewed as a pricey, high-profile protein from the sea. Back in the 1600s, there was no need for lobster boats, as lobsters were so abundant that they washed up on the New England shore in claw-clacking piles. Some dubbed them the “cockroach of the sea,” and while they did make occasional appearances in the diet, lobster was considered a low-class food, fed to servants, prisoners, and often used as fertilizer in gardens.

The reputation of lobster started shifting in the late 1800s with the introduction of the railroad. Onboard chefs started serving lobster to consumers from inland states, who didn’t know its reputation, and viewed it as a delicious novelty. They wanted more of it, and they were willing to pay. Slowly, the low-class reputation began to shift, and by the 1950s, lobster became widely recognized as a delicious, nutritious, and expensive ocean cuisine. The lobstering business was booming, the demand was high, and chefs began to experiment in how they prepared lobster. One of the most long-lasting modes of preparation was none other than the lobster roll. The first lobster roll was invented in the 1920s, at a little restaurant called Perry’s in Milford, Connecticut. The original iteration consisted of hot grilled lobster, soaked in butter, and served on white bread. The bread, which quickly grew soggy, was replaced by a thicker French roll that could soak up that buttery goodness without creating a mess. Soon, the trend spread, and the lobster roll craze was born.

Today, the Connecticut-style lobster roll is a staple throughout New England, and can be found with many additional ingredients, including mayonnaise, fresh-cracked pepper, celery, chives, or lettuce. But if the lobster is served hot, you know it’s the Connecticut-style version. For a twist on this established cuisine, try this Hot Buttered Lobster Roll that uses cold-cracked lobster to ensure premium freshness and taste. While the first lobster roll was created in Connecticut, the dish was perfected on the Maine seacoast, known for its bountiful harvests of lobster. The Maine-style lobster roll features cooked lobster, which is served cold either in fresh chunks or pre-prepared as a lobster salad. The bread, which is often a hot dog bun, is split, buttered, and toasted. Hard traditionalists will tell you that a Maine lobster roll is a toasted bun filled with lobster, and nothing but lobster. But many recipes, like this Classic New England Lobster Roll, will lean in the direction of a lobster salad, mixing the cold hunks of lobster meat with mayonnaise, celery, lemon juice, salt, and pepper, before serving with a few leaves of fresh lettuce.

Other Lobster Recipes to Try

If you’re shying away from the bun, this lobster tail pasta has your name all over it. With a quick preparation, simple ingredients, and cold cracked lobster, this exquisite dish will turn your summer into a gourmet food experience.

It doesn’t get any simpler than butter-poached lobster. With butter, tarragon, and cold cracked lobster, you’ll be tasting the freshest bounty of the sea in little more than 10 minutes. Serve alongside a fresh garden salad, or top on a toasted, buttery roll. 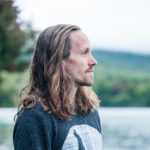