The Common Misperceptions and Myths About Grass-fed Beef

We write and talk a great deal about grass-fed, grass-finished beef.

Sometimes, it seems we cover the same topics over and over again. In reality, we haven’t done enough to explain some of the specifics of what separates ButcherBox meat from its conventionally-raised counterparts.

We’ve discovered, based mainly on the questions that we get asked again and again by customers, that there is still a great deal that needs to be cleared up when it comes to grass-fed beef. There is a lot of confusion about grass-fed, grass-finished beef — much of it is due to purposely confusing tactics by some producers.

Let’s examine and set the record straight on some of the biggest myths that people believe or have been told when it comes to grass-fed.

This is one of the most common myths about grass-fed beef. After exclusively having cooked  — and then eaten  — grass-fed, grass-finished beef for well over a year now, I must say that I cannot figure out why grass-fed beef has been critiqued for its tenderness.

While it is true that grass-fed steaks have less fat-marbling than conventionally-raised or feedlot-raised cattle, the lack of fat content does not affect the juiciness of a correctly cooked grass-fed cut of beef.

Whether a filet mignon, a New York strip steak, or a ribeye, the grass-fed, pasture-raised version of a steak often tastes better than the corn or grain-fed beef that you find in a grocery store. And, at a perfect medium-rare, it melts in your mouth.

It is a challenge to cook grass-fed beef

There are a few perceived challenges that make some members of the population think that cooking a perfect grass-fed steak is akin to solving a Rubik’s cube.

But many of those concerns are not tied to grass-fed meat specifically; they are related to a basic understanding of grilling and cooking any cut of beef.

While flare-ups can occur with a grass-fed ribeye, for example, from my experience, they are no different than the steaks I used to cook for restaurants that were sourced from who-knows-where. Simple trick: Lightly rub a cooking oil-soaked rag over grill grates before cooking on a hot grill — as opposed to putting olive oil, for example, on the meat. This can help reduce flare-ups because oil or marinate won’t be dripping directly on the flames or hot coals of a grill.

Also, if you do get a flare-up, just move the meat to a different part of the grill.

A lot of the idea that grass-fed is difficult to cook actually comes from mistakes folks make in over-cooking. Like any cut of meat, you should have some idea about what the correct temperatures and level of doneness are when grilling or cooking. Because it is leaner — due to lack of corn and grains in the cow’s diet — grass-fed steak should not be cooked beyond medium doneness. You can try medium-well, but you will likely get a more dried out steak or burger.

And anyway, who on earth eats a well-done steak? If you’ve ever read Anthony Bourdain’s classic Kitchen Confidential, you know of the disdain kitchen’s have for those who blasphemy a tender steak by cooking the flavor out of it.

We’ve always felt that grass-fed beef tasted superior to the grain-fed, factory-farm steaks you can get at the grocery store. We also think we just feel better after eating a grass-fed and grass-finished cut of beef.

We’ve done tastings side-by-side of grass-fed and conventional, grain-fed beef. It is hard to tell the difference. But one thing that we’ve noticed is that grass-fed beef definitely tastes more like…beef. Isn’t that the point?

There is something to say for grass-fed cattle that have spent their whole lives on pasture eating various grasses and forage. Grain-fed cattle or grain-finished beef have higher levels of fat marbling that Americans have become used to over the past few decades. Because they are fed grain-based diets that are often similar from feedlot to feedlot and not a natural diet their entire lives, it is nearly impossible to differentiate a ribeye from one steakhouse to another.

Dan Barber, the chef of Blue Hill in New York and author of The Third Plate, sees beef in a different light: “Grain-fed beef is stripped of any sense of place. Of course, there’s still variation — based on the breed, the aging process — but for the most part, a grain-fed steak tastes the same whether it’s raised in New York or New Mexico. Grass-fed beef tastes different based on the pasture the cattle were eating — which means it varies by farm and even time of year.”

Grass-fed is hard to find

Unfortunately, food deserts are a problem in America. These areas, whether in low-income urban areas or rural swaths of the country lack access to high-quality, healthy food.

Solving this problem was a major impetus for why we started ButcherBox in the first place. We believe that your area code shouldn’t be a limiting factor in eating high-quality and healthy food.

Because we can ship a month’s supply of grass-fed beef from trusted sources directly to you, now all you should have to do is open the front door to get access to tender ribeyes, New York strip steaks, rib roasts, and ground beef.

A monthly ButcherBox subscription breaks down to costing less than $6 per meal. Compared with other purveyors of meat, especially grass-fed and grass-finished beef cuts, that is an incredible deal.

Also, the price of our grass-fed steaks is lower than what you’d pay for similar cuts of grass-fed beef at butcher shop’s, specialty stores, and health food markets. So there you have it, five of the most common grass-fed beef myths…busted. 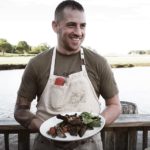