We’re proud to partner with a farm that exemplifies family farming in America and what it means to believe in better.

Jaindl Turkey Farms can trace its origins back to the early 1930s when John L. Jaindl— grandfather of the current owner and President, David Jaindl—purchased five turkeys from a Pennsylvania state fair. It took a few years to get the turkey business up and running, but the partnership between David’s father, Fred, and his grandfather has thrived since the farm’s early days in Allentown, Pennsylvania.

“They took those five turkeys to what we are today,” David Jaindl said of the current operations based in the Lehigh Valley community of Orefield outside of Allentown.

And the family tradition remains strong, with many members of the Jaindl family still active at the farm today.

“We couldn’t have the success we have today without all the family members, and all the great employees that we have working here,” David said.

During the high season—leading up to Thanksgiving, of course—you will find David’s wife, his brother, John, his four sisters, and a nephew lending a hand on the farm. All five of David’s children also work in different aspects of the business. And even those who aren’t related might as well be part of the Jaindl family with many employees having worked at the farm for 25 to 35 years, and even one team member spending his 56th year there.

Jaindl Farms has been growing its own independent breed focused on consumer-friendly broad-breasted turkeys since the mid-1950s. Even in the early days of the business, they have always been very sensitive to the treatment and quality of their birds and the cleanliness of the operation.

Growing their turkeys differently than commercial operators is not just the right thing to do; it gives their farm a leg-up in the industry, according to Jaindl. The turkeys at Jaindl Farms are white-feathered and are grown on fresh straw, which aids in the cleanliness of the live turkey barns, for instance.

The high-quality of Jaindl turkeys can also be attributed to the total control over operations that the family oversees, David said. This includes the farm managing all steps of operations and growing its own grains, corn, and soybeans.

“We have fresh feed that’s taken out to the barns virtually the same day it’s mixed,” Jaindl said.

Maintaining a deep commitment to raising the turkeys in their care the right way has made it easy for Jaindl Farms to align its own principles with the missions with its customers. “The quality of ButcherBox, along with other customers that we deal with, is extremely important to us,” Jaindl said. “You’re going to get the best darn turkey, in my opinion.”

When making the decision to partner with Jaindl Turkey Farms, ButcherBox Head of Procurement, Michael Billings, evaluated not only cost, but also the treatment of the animal, the farmers, and the environment. A stickler when it comes to animal welfare, the treatment of the animals at Jaindl was a tipping point for Billings. Having grown up on a turkey farm on Martha’s Vineyard himself, he said spending time on the Pennsylvania farm brought him right back to his childhood, especially seeing the birds running around in their open pens with so much access to the outdoors.

“That’s not normal these days, especially compared to the large-scale, conventional raising of turkeys,” Billings said.

Jaindl Turkey Farms has succeeded in growing a successful business, all the while being committed to operating in a better way than most other farms in the industry. This sort of success would not be possible without the loyal commitment of their entire team, and of course, family.

At ButcherBox, we’re thrilled to be a small part of the Jaindl family story. 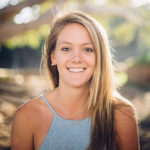 Rachel Littauer is an Affiliate Marketing Manager at ButcherBox. She studied Journalism at Pepperdine University and has a passion for thoughtfully-sourced food.