When we launched our Kickstarter campaign in 2015, we created a shareable document that we thought would be a good repository for the things we were learning in the run-up to, launch, and conclusion of our campaign.

It was a brain dump of the most valuable things we learned. But it also started as something else, since the beginning of ButcherBox we thought about potentially launching another product or service through Kickstarter at some point. So we wanted to make sure we remembered the nuggets of insight we picked up through the process.

It is fascinating, looking back, how much we learned and how much of a science a Kickstarter campaign can be. Campaigns are really fun and challenging. It is a sprint for 30 days.

We had no idea what the demand might be for grass-fed meat, and the market ended up being very receptive. Kickstarter confirmed for us that ButcherBox was not only a good idea but that we had the right timing to launch.

Kickstarter is a great way to take the temperature of any potential market for almost any business idea.

Once we blew by our initial goal of $25,000 — in 24 hours — and ended up raising more than $210,000 in the campaign, we had a bunch of contacts start reaching out to us for advice and wanting to talk about what worked.

So we shared our ButcherBox Kickstarter Playbook with them, and we are sharing it with you too. by Mike Salguero and Mike Filbey

Here are a few things to do in the lead-up and during the campaign.

Press: Try to line up press stories to hit once your Kickstarter campaign goes live. This could take a while so plan for 4 – 8 weeks of lead time.

Video: This is vital. Make sure to create a killer video of the product and the founding team. We worked with someone who did this for us, and it was excellent. You can watch it below:

Images: Also, use a professional for the photos of your product. Use a bunch of different images on your campaign page.

Copy: Take at least two weeks to write copy and design the layout for the campaign page.
Your eyes aren’t enough; make sure to send it around to friends and family for feedback.

Email: A few weeks before launch, send a personal email to a few dozen folks who you think will support you and get them to informally agree to make a purchase the day your campaign goes live. Use LinkedIn and other contacts lists to compile email addresses and then send an email announcing your campaign and asking for your support once it goes live. Both Mike and I sent four different emails to our LinkedIn contacts throughout the course of the campaign. These were filled with updates on the status of the project and a call to action for them to back us and share our link with their friends via social media or email.

Update and Cross-Promote: Do a ‘backer update’ email via Kickstarter at least once a week. We averaged two to three per week. You can see examples of these updates here. Within these updates you must do co-promotions, meaning you promote other projects on Kickstarter (up to three within an update). In turn, those other projects promote you in their backer updates.
You want to find campaigns that mirror your own. That means that they should have at least as many backers as you have and are in a somewhat similar category. Be selective with who you ask to do a co-promotion.  If you do an update without a co-promo, it is a missed opportunity. Reach out to about seven or eight other project owners at the start of each week to be sure you get at least three to five who agree to a co-promotion.

Stretch: You will need to have ‘stretch’ fundraising goals. This enables you to gain buy-in from your backers and give them an incentive to share your campaign. For example, we had a $150,000 stretch goal where we’d add free bacon to every box, and people went nuts for it. (As a bonus, this cost us very little to add.)

Influencers: Identify influencers in your space and start building relationships with them. Kickstarter is a great excuse to reach out to them and ask for support or get them excited about your mission. Maybe send them free product, ask for social shares, and try to get featured in a blog post or email newsletter they are associated with. You can also see if they are willing to do giveaways with their fans. This is a great way to get exposure and get them to write about you. Getting in an email newsletter of a key influencer can be gold.

Maximize One Social Channel: It’s great to have a presence on multiple social media platforms but choose one that you think will have the best ROI and start building up your audience there. Once you launch on Kickstarter, this will be the tribe that will support you. We did Facebook ads to get likes, and it worked well.

ONCE YOUR CAMPAIGN IS FINISHED (AND FUNDED)

Stay in Contact: Continue to send backer updates often, keeping your backers posted on your progress and shipping progress. 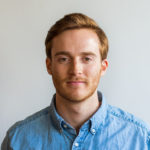 Mike Filbey co-founded ButcherBox and Canary. He was also Head of Marketing at ButcherBox