Fat is a hot topic these days. Over the past few years, the long-maligned macronutrient is getting its nutritional due.

We’ve always loved fat because it helps enhance and carry flavor, but it’s also a critical component of a healthy diet. Fat is a source of slow-burning energy and helps the body absorb some vitamins and minerals.

Of course, whether you’re looking at it from a health perspective, a culinary perspective, or both, not all fat is created equal. In the kitchen, almost all cooking starts with some kind of fat, whether you’re searing or sautéing, roasting or baking, or just making a marinade or vinaigrette. It’s a good idea to keep a range of fats and oils on hand for different uses. We’ve profiled some of the most common fats for cooking below. If you use Butcher Box recipes, you might notice that we call for avocado oil often. There are a couple of reasons for this: First, avocado oil has a high smoke point (the temperature at which the oil begins to burn), at over 500°F, so it can withstand some of the high-heat techniques often used for cooking meat, like searing or grilling.

And it’s high in monounsaturated fatty acids, one of the healthier types of fats.

Canola oil is a neutral oil with a high smoke point (400°F) that’s often used for frying, baking, and sauteeing. Canola is derived from the rapeseed plant and its name is an amalgamation of “can” for Canada and “ola” for oil, low acid. Often highly processed (cold-pressed canola is hard to find), its neutral flavor and odor—as well as its relatively low price point—make canola a versatile oil, although cooks have noted the fishy smell that canola can emit, likely from compounds released when the oil gets hot.

Clarified butter is butter that’s had the milk solids skimmed off while melted, giving it a clear golden color and a much higher smoke point. The milk solids in butter start to burn at about 350°F—removing them by melting the butter and skimming the solids off the top allows you to cook with the butter at much higher temps (up to 450°). This rich and flavorful fat falls into the saturated fat category, making it firm at room temperature and a little bit of a nutritional hot potato. Popular among vegans and keto dieters, this oil’s mild coconut flavor and relatively lower smoke point (350°) make it less versatile than other cooking oils. Because it gets firm when cold or at room temperature, it can easily be used in place of butter for baking. Otherwise, use it for medium-heat cooking, especially when the mild coconut flavor will complement whatever dish you’re making.

This is a catch-all term for any delicate oil that shouldn’t be heated. Cold-pressed extra-virgin olive oil falls into this category (especially specialty oils from specific olive-growing regions in Italy, California, and elsewhere), as do nut oils like pistachio, walnut, and hazelnut, and some sesame oils. Finishing oil is best used drizzled over the top of a dish to lend added flavor and lush texture to a dish.

One of the most widely-known, widely-used and widely-adulterated oils on the market, olive oil is lauded for its nutritional profile and delicious flavor: Sometimes peppery, sometimes grassy, sometimes buttery. Extra-virgin olive oil has a lower smoke point (350°F) than other oils, but many cooks use it as an all-purpose oil regardless.

We like it for sautéing or roasting vegetables, starting soups, stews, and braises, frying eggs, and for many other uses, but would likely turn to a more neutral oil with a higher smoke point, like safflower or peanut, for frying or high-heat searing. And there are many extra virgin olive oils that should be reserved for drizzling on a dish to finish, rather than for cooking—due to the price as well as the delicate flavor that’s best when the oil is left uncooked. 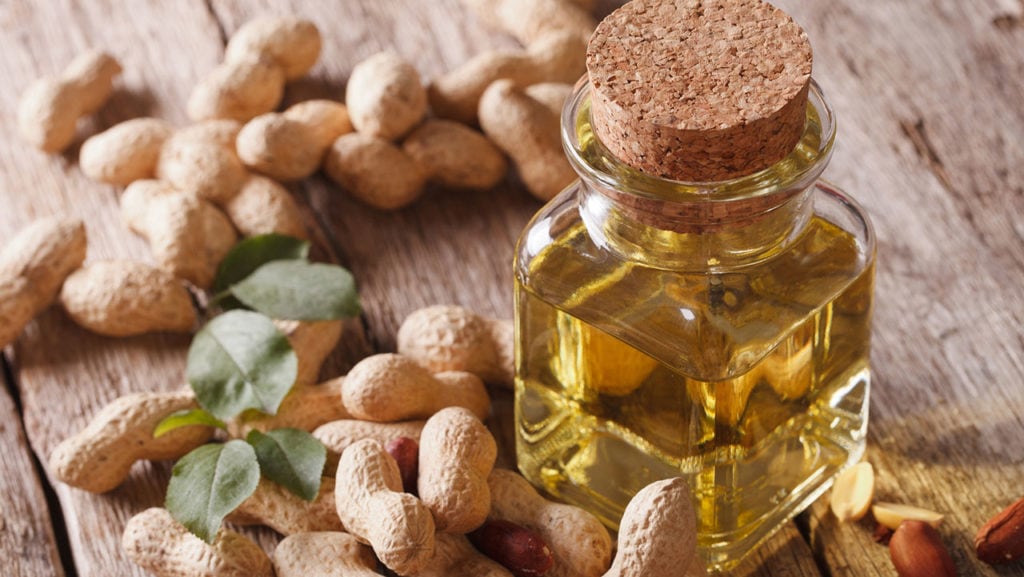 Here’s another oil with a slightly nutty flavor and a high smoke point (450°) that is great for deep-frying, pan-frying, and stir-frying. High in vitamin E, peanut oil also has one of the highest levels of monounsaturated fats of other plant-based oils. If you like to crank the heat under the wok or make the occasional fried chicken dinner, peanut oil is your friend.