On a trip to Lake Tahoe in California many moons ago, I was given the task of procuring the meat for a family cookout. After not finding what I was looking for, I went to the meat counter.

“Do you have any steak tips?” I asked the butcher behind the counter.

“Tri-tip, you mean?” he responded.

“Umm, I don’t know, like, you know, sirloin tips, beef tips. Is that what tri-tips are?” I inquired.

The butcher told me he wasn’t sure what I was talking about, but it was probably tri-tip steak. And so, I bought tri-tip and attempted to mimic — somewhat unsuccessfully — the tried-and-true marinade I had perfected for making sirloin tips back in Boston: Olive oil, ground black pepper, fresh kosher salt, balsamic vinegar or Italian dressing, and maybe some brown sugar and Worcestershire sauce.

The crew I cooked for that day commented that something was different about my usual standard steak tips.

It was a lesson in the regional discrepancies in meat cuts and how butchers ply their trade differently throughout America. More than that, it was an education into how our tastes — and the assumptions we make about food — can vary across the country. 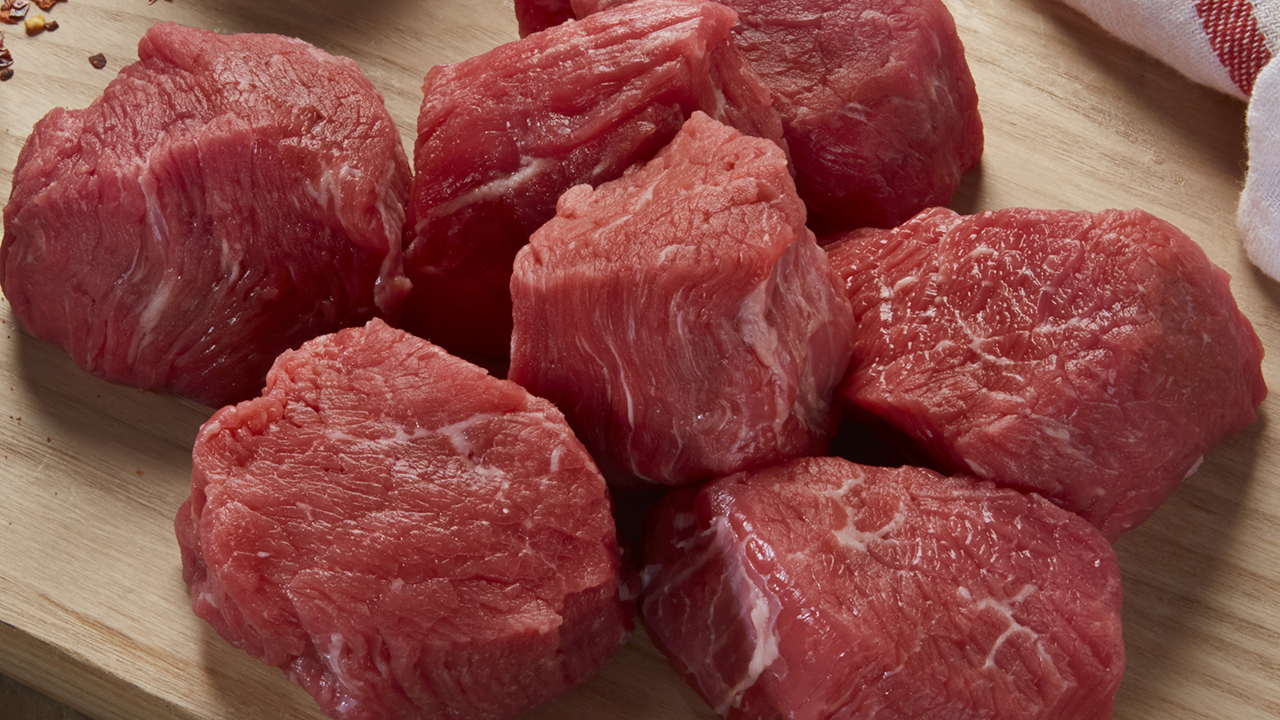 If you aren’t aware of the phenomena I ran into that day in Tahoe, it is this: Sirloin tips are a relatively East Coast food, while tri-tip steak, though more widely available, is found more often on the West Coast.

Emotions about both cuts can run high among the tribalistic purveyors and backyard chefs of each region. Both cuts are extremely hard to find in the opposite region — sometimes because they go by a different name. The drama — and online discussions — surrounding these cuts may also add a bit to the mystique surrounding both cuts.

Also, a long history of coastal rivalry — Magic vs. Bird or Biggie vs. Tupac, for example — and transplants moving back and forth to both regions adds a bit of fuel to any conversation about sirloin tips and tri-tip.

In New England, sirloin tips, or steak tips as they are often called, are the staple of summer barbecues and are featured on the menus of restaurants throughout the region. You are as likely to find steak tips on the menu at a lowly dive bar as you are at the most popular bistro on Newbury Street in Boston.

There is no obstacle to finding some great “tips” in and around Boston, as well as in New Hampshire, Maine, and Vermont. In the opinion of this amateur critic, some of the best steak tips are found in the seedier local establishments throughout the area and are often coated in some combination of soy sauce, salt, black pepper, and one or two “secret ingredients” known only to the longtime cook who might also happen to be the bartender as well.

Sirloin tips are usually marinated in something sweet and tangy, and they are often prepped well in advance of cooking so that the meat sops up the marinade. I’ve heard of some unusual combinations of products used to add flavor to steak tips. Some common marinating options include can include everything from ketchup, barbecue sauce, soy sauce, lemon, lime, red wine vinegar, maple syrup, balsamic vinegar, Italian dressing, to even copious amounts of Coca-Cola.

A great mystery, and part of the reason that many butchers outside of New England seem dumbfounded when asked for “steak tips,” is what exactly constitutes a “steak tip.” Our ButcherBox sirloin tips are the most common cut; they come from the sirloin sub-primal, similar to but not exactly tri-tip. However, what constitutes “steak tips” in New England is quite confusing and often the subject of debate. While part of the sirloin tip is often used, steak tips can also come from flap meat, flank steak, as well as tenderloin tip and parts of the round. Just don’t use a T-bone or filet mignon to make tips, those should cook up unbothered to a nice medium-rare.

Whatever the exact cut, if you go to a reputable — or even disreputable — restaurant known for their grilled “tips,” on your next trip to Boston, you won’t be disappointed.

As for the tri-tip, the cut also comes from the sirloin sub-primal of the cow. However, it is larger, often triangular shaped, and has a few different preparation options.

While it is available across the country, tri-tip has an almost legendary status in California, where it is the feature of barbecues from the San Francisco to the San Diego and everywhere in between. 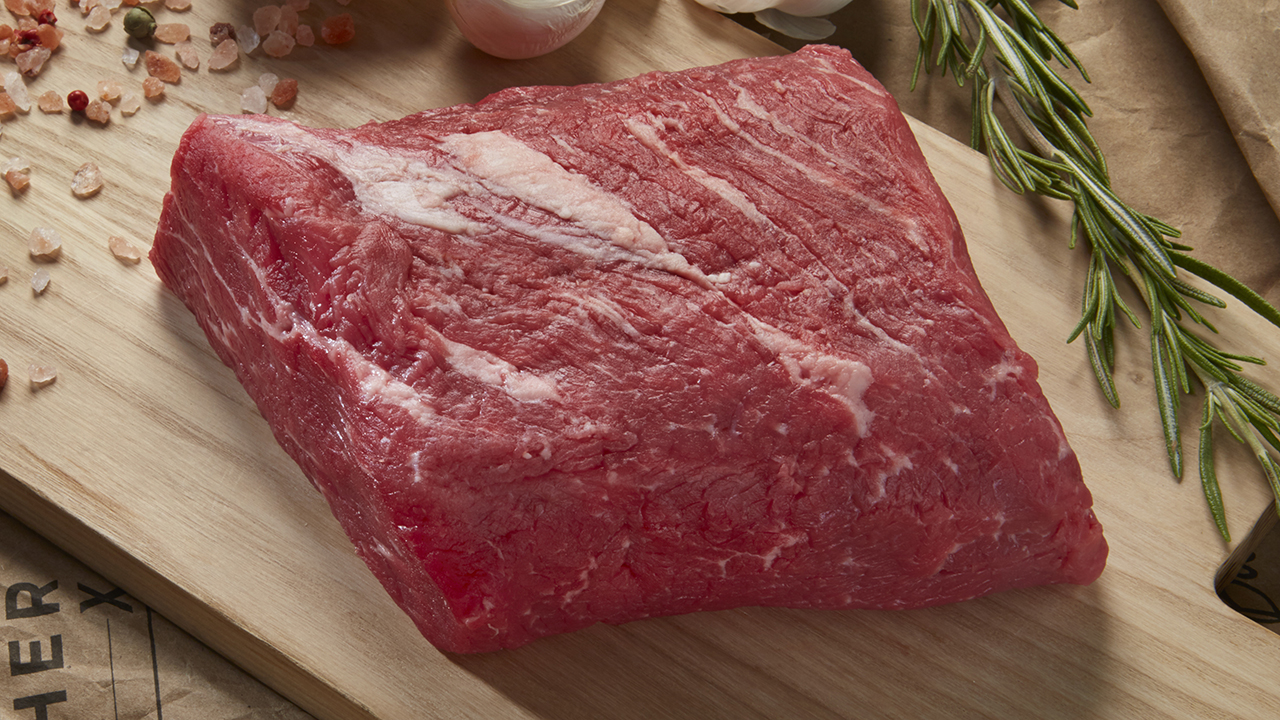 Tri-tip, like sirloin tips, is often marinated in an array of ways, but traditionally it is seasoned with a fair amount of salt, black pepper, garlic, and olive oil. For a traditional California barbecue — likely on a classic Weber kettle grill — it is often grilled on high heat over a redwood fire. This cut is also delicious when roasted or cooked on a hot cast-iron skillet. Tri-tip should be cooked whole or slice into smaller individual steaks — this differs from sirloin tips which are either pre-cut into small pieces or cut while cooking. Another key for tri-tip is to make sure to slice against the grain for maximum flavor and tenderness.

If you want the real tri-tip experience, the best place to experience the delicious cut is in the backyard of a bungalow on a palm-lined street in Cali. I know an amateur cook in Palo Alto who often finds that lighting his grill and throwing some oak and hickory into the fire inevitably leads to neighbors and also-rans appearing in his yard — with bottles of red wine or heavy IPAs, of course  — hoping for a slice or two of his famous tri-tip. (It is California, mind you. Don’t try showing up in someone’s backyard in Boston, as the response will unlikely be as welcoming.)

If you don’t happen to be located on either coast — or worse, you are on the opposite side of the country from your tip of choice — ButcherBox has you covered. These cuts often are featured in our monthly subscription boxes.

Once you try them — or if you are already an expert on both cuts — let us know which coast’s preferred tip cut you enjoy best.

A great recipe for tips

Our Head ButcherBox Chef, Yankel Polak has a great BBQ sauce recipe he loves to use on steak tips that grew out of a camping trip. Inspired by the aromatic combination of roasted coffee and wood smoke – he combined the two with some vinegar and brown sugar. The result is this delicious recipe for grass-fed steak tips, a perfect summer grilling treat that taste great combined with white rice or mashed potatoes.