Where do I even start?

Brisket is the holy grail cut of beef for BBQ enthusiasts.

Do a quick YouTube search, and you’ll find every pit warrior and their mother talking to the camera about rubs, brines, wraps, smokes, sauces, humidity, moisture, and more; the list goes on and on.

What it really comes down to is this: Brisket is the toughest darn cut of beef. Which should make it quite unpopular, right? However, cooked properly, brisket is definitely the most delicious meat you can eat.

Brisket is one of the nine primal cuts of beef.

It comes from the lower front of the animal, near its front legs. Essentially, brisket is the animal’s breast; it is also one of the most used muscle sections — specifically the deep pectoral muscle and the superficial pectoral muscles.

As a cut, beef brisket is most often separated into two halves, the brisket flat and a brisket point. Most often it is cooked low and slow, either braised or barbecued, but the cut is also salt-preserved and used as corned beef.

Many different cultures have takes on how best to cook brisket — from the highly-popular Texas barbecue to various Jewish brisket recipes. For more about traditional recipes, its uses across cultures, and everything you’d ever imagine you’d want to know about brisket check out Stephanie Pierson’s excellent book, The Brisket Book: A Love Story with Recipes.

The word brisket also has an interesting backstory, one which Anatoly Liberman — the etymologist and author of Word Origins…And How We Know Them —breaks down extensively is a great post on the matter.

After some questioning whether the word is evolved from Middle French or Gaelic forms of the word “breast,” Liberman concludes that brisket is derived from French restructuring of the Germanic word bröske — meaning “sweetbread” — or the Norse brjósk — which means “break,” a reference to the ease of pulling apart after properly cooking. 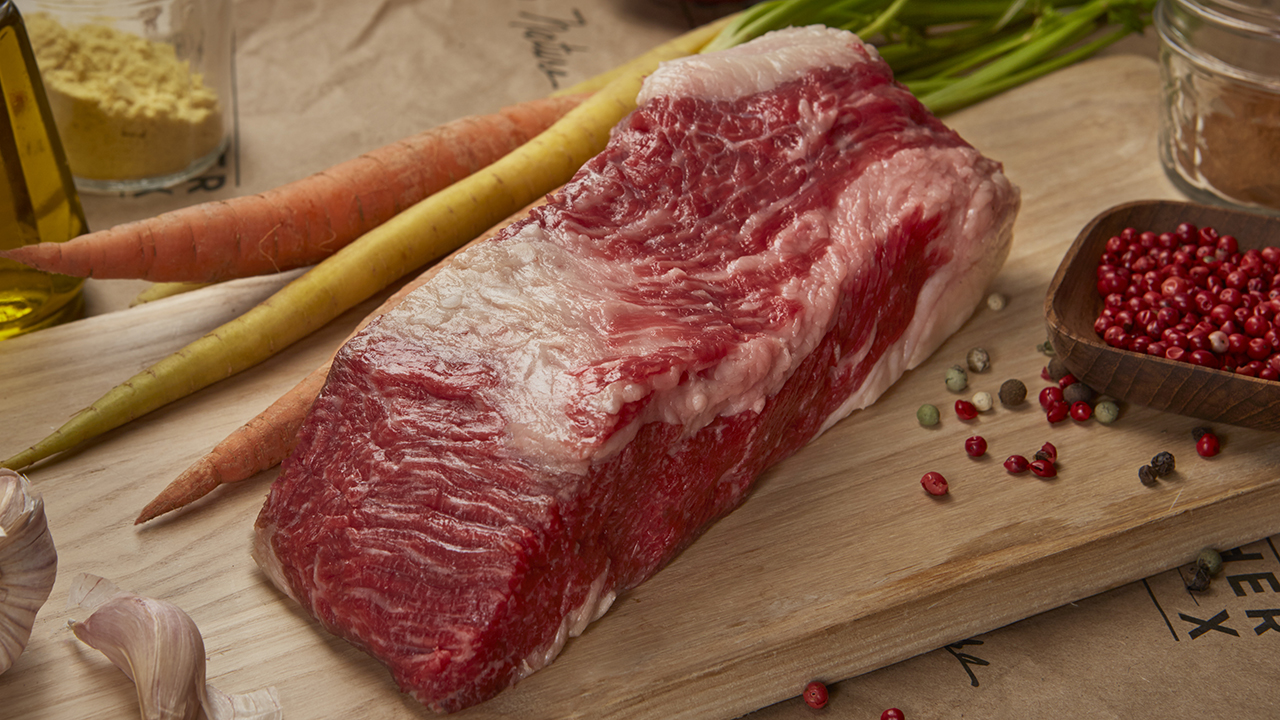 The art of cooking brisket

We all know the rules for the tough cuts: Cook low and slow, plus time, plus moisture, makes tough beef tender indeed.

Brisket is no different; it just takes a bit more time than most other tough cuts.

I am by no means a brisket expert and personally feel as though I’ve failed more times than I’ve succeeded when cooking it. But that’s kind of the beautiful thing about the brisket process. It’s a new experience every time.

No two briskets are the same, and no two “cooks” — the term “artist” might be better to describe someone who spends a day or more with a brisket  — are ever the same. Each brisket experience is a learning opportunity, a chance to adjust the process, change the moisture, change the smoke; the cut has truly unlimited possibilities.

Of course, technology has given the BBQ amateur the means to bang out a brisket in no time at all these days. One hour of smoke followed by an hour in a pressure cooker has given me some of the most tender, moist, and delicious BBQ brisket I’ve ever had. Pellet grills like Traeger practically do all the work for you, controlling temperature precisely and consistently. You could even cook it in a slow-cooker or Instant Pot and get tender brisket (see beef brisket recipe below). I know this is sacrilege to some American — Texan in particular — barbecue sages.

It is an undisputed truth, however, that NOTHING beats the experience of throwing a 12-pound hunk of fatty beef over a low wood fire, sitting on cooler filled with beers, cracking open said ice-cold brew,  and watching that sucker smoke for the 12-16 hours as it slowly, patiently chars towards perfection.