In 2020, ButcherBox joined forces with American Farmland Trust (AFT) to support their COVID-19 Farmer Relief Fund, which had a goal of getting money to struggling farmers quickly and efficiently. The Farmer Relief Fund provided grants of $1,000 to more than 1,600 small and midsize farmers and producers across the country to help them during the pandemic.

The challenges that farmers faced as a result of the COVID-19 pandemic were overwhelming. Because small to midsize farms don’t often receive government funding in the form of stimulus packages, the need for relief to this subset of American farmers was immediately apparent to the AFT team.

Grant recipients used their funds for a variety of projects. They purchased food for their animals, added more electric fencing and movable water tanks to continue holistic grazing management, and built websites to find new ways to sell their crops. More examples of the Farmer Relief Fund’s impact and some inspiring stories of those at the forefront of producing our nation’s food can be found in this recap of AFT’s response.

What is American Farmland Trust?

Founded in the 1980s, American Farmland Trust created the conservation agriculture movement, which speaks for the land—and for the people who grow our food. As an organization, their priorities are to protect agricultural land, promote environmentally sound farming practices, and keep farmers on the land. Simply put, they’ve been the leader and key advocate for producers to save the land that sustains us. Their mission also aligns very well with ButcherBox’s belief in a food system that supports farmers and treats our planet with respect.

Last year when AFT published a Statement on Diversity, Equity, Inclusion, and Justice, we uncovered yet another area where our missions aligned. The statement from AFT acknowledged that social and racial injustices are entrenched in the history of the United States and its agricultural system and the need to do more to address the systemic inequities around land use and food production.

2017 Census of Agriculture shows the lack of gender and racial diversity among producers, the individuals who make decisions for the farm. It states that:

In addition, the lack of questions around sexual orientation and gender identity on federal surveys including the USDA Census of Agriculture results in an inaccurate understanding of LGBTQ+ representation in the farming community.

The USDA lending criteria often favor larger wealthy farms which tend to discriminate against farmers of color who on average have smaller farms than White farmers. For example, according to the 2017 Census of Agriculture, the average farm for a Black farmer is 132 acres compared to 431 acres for White farmers. Looking at USDA loan data from 2020, Black farmers were denied USDA loans at higher rates than any other group resulting in only a 37 percent approval rate compared to a 71 percent approval rate from White Non-Hispanic loan applicants.

Tackling Inequities in the Food and Agriculture Systems

One of the ways AFT is tackling systemic inequality in agriculture is through their Brighter Future Fund. In 2020, the Brighter Future Fund was fully funded by Tillamook and awarded grants of up to $5,000 to 150 farmers across the country. 96 percent of the awards went to farmers identifying at BIPOC, LGBTQ+, and women. This year, in 2021, the Brighter Future Fund was announced with goals of expansion and the desire to grant 100 percent of its funds to BIPOC, LGBTQ+, and women farmers, and we were thrilled to support this fund. These grants will enable participating farmers to enhance viability, access land, and increase resilience.

We recognize that initiatives such as the Brighter Future Fund are a very small step in addressing the deep history of discrimination in our agriculture industry and we are grateful to identify partners like American Farmland Trust who are committed to paving the way towards a more equitable farming future.

Read more here about what we are doing to build a more diverse, equitable, and inclusive business. 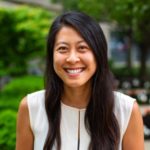